You cannot place a new order from your country. United States

> Made in Spain
Are you an Amazon customer? Pay now with address and payment details stored in your Amazon account. 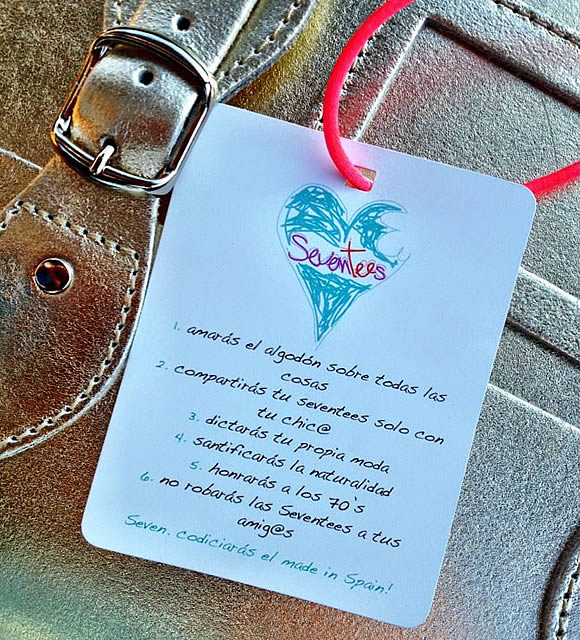 Seventees was born from the desire to create cottons with character and personality, fleeing mass production, globalization and uniformity.

Seventees approaches a casual woman, open minded and young at heart: no matter the age of the DNI. Connect women in love with fashion, who love care, travel and new experiences and emotions. A profile that is looking for funny, cool clothes and be different.

The brand name is very catchy and conceptual: it is based on the union of the "seventies", because it is the decade in which was born his creative and being a decade of musical and cultural boom, icon of freedom and hippie movement along the anglicized to shirt “tee”. Seventie’s + tee.

Seventees is 100% made with love in Spain, respecting nature and human beings in all phases of production. All the garments have a handcraft dyeing process.

Seven · Codiciarás el made in Spain!